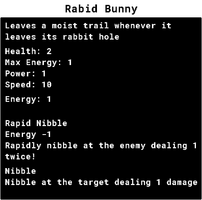 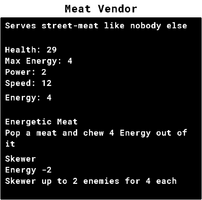 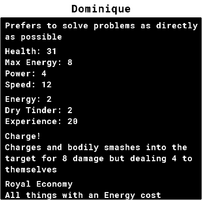 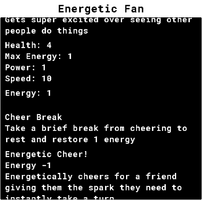 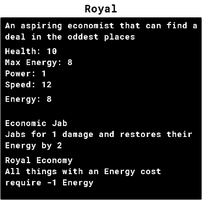 I've been making steady progress on the non-demo stand-alone version,  and it reached a point of complexity (of things to collect, keep track of, etc.) that I decided to build out an inspection feature letting the player inspect their protagonist's current state, or even any allies or enemies, including what combat abilities they may bring to the table.

Brought all that work into the demo and have it uploaded! I'm hoping curious minds will gravitate towards inspecting the top-hud bar, or if minds aren't curious and aren't fussing over the details, may just not discover it. That's the idea so far anyway.

As per this and cloud saving (new features since the demo was updated) I plan to fully support anything that makes sense for the demo, or looking further into the future, also continue to support Read Play Game as a whole even after I've started Project Number Two!